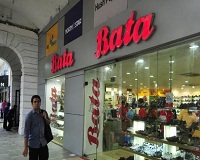 GST is going to be a game changer for the entire footwear industry as well as for the industry at large. The government has set a target of achieving $27 billion for the next five years, remarks Adesh Gupta, CEO, Liberty Shoes. Indian footwear industry is highly unorganised where 80 to 85 per cent of the industry falls under MSMEs. There is hardly 5-6 per cent of space which is catered by the large scale industry. GST would play a differentiating role to bridge this wide gap because the whole idea of GST was to integrate the sector. The government has decided two rates of tax which is 5 per cent for shoes marked with 500 and below and above 500 there is a huge-huge-huge 18 per cent tax and that is again creating a divide between micro, small and other unorganised players to organised player.

The concern is the same for every industry. Gupta points out, the whole idea was to boost the industry in India where the manufacturing sector needs a push from the government on ‘Make in India’ two to three million new jobs at the grassroot level can be created. Unfortunately, the tax rates are a huge divide between 5 per cent and 18 per cent. So there is a lure for 13 per cent differential for unorganised sector not to pay the tax and this is where probably the industry is scared and many demonstrations are taking place against GST, organised players are concerned about the high rate of tax for shoes above 500.

The size of the footwear industry is Rs 30,000 to 40,000 crores. The industry has the potential to grow to Rs 80,000 crores in next five years provided the right policy environment and the taxation structure is in place. India is the second largest producer of footwear in the world. Unfortunately, the domestic industry is not competitive because of the tax structure. GST is going to change the whole spectrum. Many players operating in the unorganised sector will ultimately have no choice but to enter the organised market.

Gupta believes the industry will witness a shift in demand and there are chances of a drop in sales in July and August. As a result, there would be correction in toplines or in sales in the next two months, at the same time, uncertainty revolves around the peak festive season from October onwards. Gupta feels, there would be a 5-7 per cent price increase, from September because they have to pass on the additional tax burden to the consumer.

Work from Home fuels demand for essential clothing in India

The Work from Home trend has boosted the sales of PJ’s in India with knitwear exporters receiving advance payments from European buyers to replenish their stocks for the basic clothing Demand... Read more

The business of Indian retailers declined by 67 per cent during June 15-30 compared to the corresponding period last year, according to a survey by Retailers Association of India (RAI). In... Read more

The Indian government has introduced a new ecommerce policy draft which plans to appoint an e-commerce regulator to make the industry more competitive which could directly impact Amazon and Google’s... Read more

Make in India fuels revival of leather and chemical industries

The ‘Make in India’ sentiment is pervading across all Indian industries particularly leather and chemical industries which are pleading with the government to impose anti-dumping duty on import of Chinese... Read more

The online edition of India’s biggest garment fair for domestic garment manufacturers will be organized from September 02-11, 2020. As per the Clothing Manufacturers Association of India (CMAI), organizer of the... Read more

Mumbai-based SOCH Group has launched the first of its kind omni-channel sales platform ‘This or That’ (ToT) wherein a startup brand can showcase its products and reach out to their... Read more

Temporary store closures and restricted mobility caused by COVID-19 pandemic is likely to result in a 30-35 per cent in decline in retailer’s revenues for the 1.7-trillion organised apparel retail... Read more

Retailers in smaller Indian cities are likely to see business recovery sooner than those in metros thanks to the limited impact of the lockdown, migration to smaller cities and better... Read more

Despite gloom, Indian apparel sales to revive by the third quarter

With no orders from domestic retailers for the last two months, the Indian fashion industry seems to have reached a dead end. As retailers are struggling to liquidate existing orders,... Read more