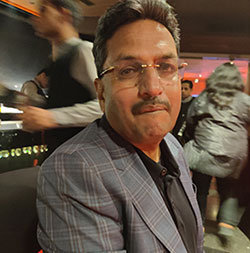 Representing most exporters in the NCR, the Garment Exporters Manufacturers Association is the biggest association for garment manufacturers and exporters. Nilesh Jindal, President, expounds on the association and current industry in India.

GEMA is the biggest garment manufacturing exporters’ association after AEPC.

The apparel industry is currently going through very bad times.  There was a time when all duty drawbacks such as MEIS, ROSL were granted to exporters.

“However, the introduction of GST has brought in a lot of changes.  Around 6 percent of these duty drawbacks have been reduced. A lot of exporters’ money has been blocked which has made survival difficult for them.  Neither ROSL nor MEIS has been granted since March 2019. Smaller exporters are facing fund blockages of around a crore of rupees. Their working capital has been reduced to zero which is making their survival difficult,” avers Jindal.

Textiles is the highest employment generating industries in India. “However to generate this employment, we need a fresh capital infusion to spur investments and boost meaningful employment. As investment of one crore in the apparel industry can create around 72 new jobs which is unparallel,” views Jindal.

Even though Bangladesh is of the size of West Bengal, their exports are almost double than that of India. “Our labour availability is also better. However, we need to prioritise development of the sector and give it the required attention,” adds Jindal.

back to top
LATEST TOP NEWS

Launched in 2006 by Creative Lifestyles, 1090F is a leading women’s western wear brand. In a relatively short span of time, the brand has seen tremendous success in overseas markets... Read more

Kiabza - Decluttering wardrobes and monetizing them

Actress Evelyn Sharma is taking her the next step towards responsible fashion. To buy only second-hand clothing is her New Year’s resolution for 2020, and it’s an easy one she... Read more

According to Axel Baumanns, Product Management and Sales, Kannegiesser, the garment industry in India is suffering. Speaking at the recently held GTE exhibition, he said, “Countries like Bangladesh, which proves... Read more

Tier II and III towns in India are driving demand for sportswear. The main factor behind this is the growth in e-commerce sales. A host of smaller cities, those like... Read more

The Indian subcontinent is moving towards automation as it reduces the overhead cost per unit of garment. People are investing in garment production need to be aware of these processes... Read more

Aditya Birla Fashion and Retail (ABFRL) plans to open more than 500 outlets this year. As of now, there are some 3,000 outlets. ABFRL is the country’s largest clothing firm... Read more

Mumbai hosted the Lakme Fashion Week Summer/Resort 2020 from February 12 to 16. An exuberant celebration of fashion this edition showcased an amazing level of creativity from eccentric summer prints... Read more

Focusing on innerwear and activewear, Artimas Fashions aims to launch many brand…

After working as a brand consultant for two decades, Nischal Puri launched Artimas Fashions in collaboration with popular Kolkata-based hosiery manufacturer Lux Industries. His aim was to build an aspirational... Read more

Despite its Indian debut happening at a difficult time, Japanese retailer Uniqlo received a warm welcome with around 400 people lining up at its store on its opening day. The... Read more

A new initiative of the CMAI, the Vendor Sourcing Fair will be held at the Hotel Sahara Star, Mumbai from April 22-23, 2020. “This fair will facilitate vendorship business between... Read more

GTE 2020 to improve garment productivity and efficiency in India